Tuesday, March 8th is the annual International Women’s Day. Reason enough to take a look at the pump tracks and find out: It’s mainly boys and men doing their rounds there. Why is that like that? And how can we manage to create a more inclusive public space? One where girls also ride pump tracks?

Tips & tricks for a more activity-friendly society – also for girls

How our physical environment is designed can have a major impact on an individual’s ability to be active. “Surveys show that there are far more boys than girls who use planned facilities for self-organized activities – e.g. pump tracks. This is largely due to the fact that the sports facilities are more responsive to the preferences of boys in their structure and design. The consequences are obvious: fewer girls visit the public sports facilities and unconsciously feel excluded.” According to an article by Tverna, a non-profit organization from Norway. This unconscious exclusion of girls should change! The first step is to understand the following: What environment encourages girls and women to get involved with pump tracks, skate parks, and similar sports infrastructure?

Less competition, more carefree movement
Girls are often less competitive. That’s why they often end up on the sidelines of basketball courts, pump tracks, or soccer fields. That’s why girls tend to be more active outside of the marked playing fields. It’s all about carefree movement with a playful approach – without competition, but more focused on your own performance. Examples of such activities are running, dancing, gymnastics, and various skating activities, as well as riding a bike or mini scooter. Everything is a little freer than with the clearly defined rules of certain sports.

The survey also showed that girls attach more importance to a “feel-good atmosphere” than guys. They want a nice place to meet and be outside together. This applies both to the plant itself and to the wider area.

Location is the key
The location of the pump track or other sports park has a significant impact on how much the facility is used – and who uses it. Anyone building a sports facility should place it close to the local community. Good connections with public transport or nearby cycle paths are also crucial. That attracts more people. Having a bar nearby that serves ice cream and has a nice space to sit and relax will attract even more people. You can find some inspiration for well-chosen locations in one of our previous blog posts: Five steps to choosing the right pump track location.

The holistic concept with opportunities for retreat
Pump tracks and other sports facilities need an overall idea that is already taken into account during development. The “place of action”, e.g. the asphalt waves of a pump track never works on its own, it is always interacting with the environment in which it is placed. The areas in between are just as important. We’re talking about trees that bloom in spring, provide shade on hot summer days, and brighten gray autumn days. We’re talking about benches under those trees. These are places of retreat and relaxation that should be close to the action, where “things happen”, and not isolated somewhere in the distance. Girls in particular value such small retreats, which sometimes have a major impact on their well-being. As the boundaries between physical activity and retreat become blurred, the threshold for participation is also lowered.

Inclusion and participation are important success factors. This applies to the planning and development as well as to the use of sports facilities.

Organize events & workshops just for girls
The pump track is already there, but the girls are still missing? In order to make pump tracks and public sports facilities more attractive for girls, organizing workshops specially tailored to the girls can be part of the solution. In “girls only” events, girls often feel more comfortable among their own kind. This makes it easier to try out new activities in a playful way. In addition, such an offer draws public attention to the fact that girls are also interested in sports such as biking.

Conclusion: Words are followed by deeds

There will be no special girls’ pump tracks. Nor should that be the goal of an inclusive society. However, when building pump racks and the like, we should strive to include the needs of girls. What is important to them? How could a pump track be more interesting for them? This blog article has provided some answers. Now it’s time to convert! And, insider tip: Talk to girls and women directly. Ask what they think and need to feel good on a pump track. Communication is key. 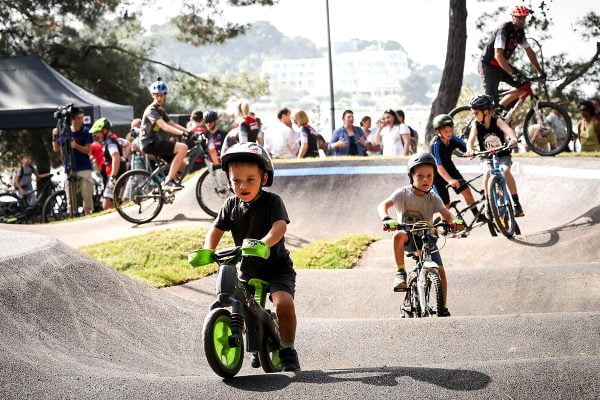 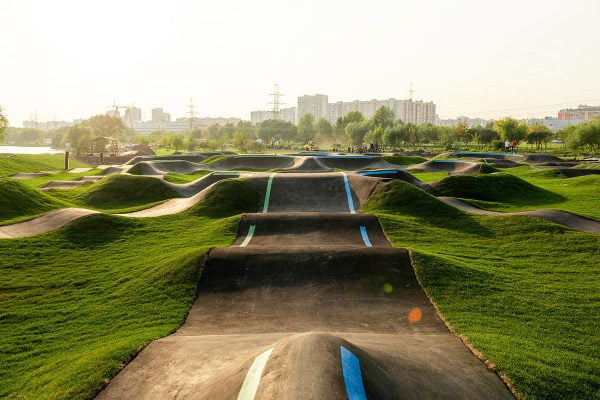